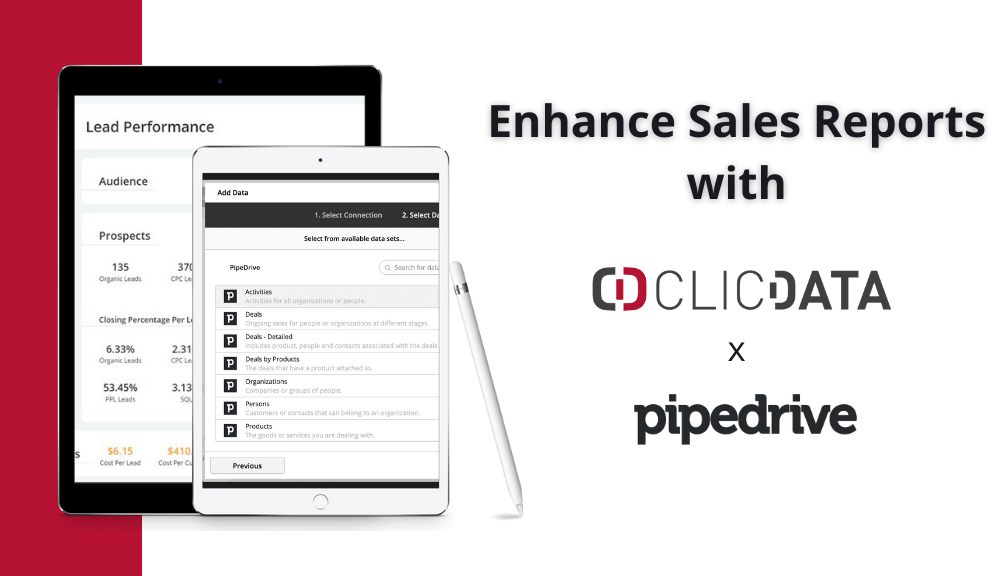 Pipedrive is a solid CRM made for small and medium-sized businesses that need a simple, efficient, and clean CRM application. With Pipedrive, you can get your team up and running in just a few minutes with great features such as email integration, built-in dial/voice capabilities, strong lead and deal management, and even some more advanced marketing integrations such as chat, and web tracking integration into your web site.

I have tested Pipedrive for 10 days straight and found the responsiveness, the UI, and the API a pleasure to work with. Pipedrive is highly responsive and definitely hitting many of the points that a CRM needs to have, plus a lot of other features that many other CRMs don’t or at least do not provide as easily.

The Person list is extremely clean and easy to use. Editing certain fields or simply dialing a phone is just one click away.

As with most CRMs, especially those that are highly focused on the core processes and ensuring that sales and marketing activities, either by the sales team or by the prospects and customers, are fully tracked at a transactional level, the analytics portion is usually an afterthought.

Pipedrive comes with some standard reports. Adding a new report is quite easy but only for predefined metrics and fields. Moreover, all their reports and dashboards have preset metrics.

Additionally, if you use external systems for marketing campaigns such as MailChimp or ActiveCampaign, reporting becomes even more challenging or at times simply not possible.

So what are the key issues with reporting in Pipedrive and how can they be solved?

Most of the issues I came across during the time we used Pipedrive were related to enhanced reporting, which are also reported by other users in forums.

Although packed with standard reports, custom reporting becomes quite difficult in most if not all CRMs, and Pipedrive is no exception. For example, the introduction of custom fields, which in Pipedrive is quite simple to add additional fields of data to contacts, deals, and other items. However, this makes reporting on those fields become difficult especially if some are numeric, others are dates and others are text. It is hard to build dashboards with indicators to represent those additional fields because the basic reporting does not have knowledge of them and hence does not know how to best display them or aggregate them.

Sometimes, it is not just about extra custom fields but how we use the CRM. In some companies, the business model dictates the flow of a person/company to leads and deals, or when an inbound contact can become a leader, and how deals are attached to it. Pipedrive is highly flexible, however, if your process is different from the basic, for example, you want to use leads as the pre-deal stage then Pipedrive reports may not have what you want to measure.

ClicData’s Pipedrive connector utilizes Pipedrive’s own API which is a powerful feature included in all plans of Pipedrive at this time. The API allows connecting and collect all data related to all major entities such as People, Organizations, Deals, Leads, Activities, and much more.

The connector can also bring all custom fields with a simple switch allowing you to build reports and interactive dashboards that include these columns.

Pipedrive has a great “merge” feature that allows you to merge duplicate people or organizations but it requires human input. Also, have you ever had too many duplicated deals in your pipeline or deals that are not yours but somehow made it through the automation?

One problem that I had with my data was the tags. We managed by using a lot of tags. Since we have tags for everything, it’s impossible to see what is what. Some reporting features that allowed us to report on tags could be handy to see what we don’t need anymore.

Another issue was the fact that there is no unique key, such as an email, to avoid duplicates in Pipedrive. We are also a 1 deal = 1 prospect type of business so the fact that Pipedrive allows multiple deals associated with the same person posed the potential of having bad data.

By using ClicData, we are able to join the data from activities, deals, and people. Moreover, by applying our business rule, we can have a customer-centric view of all activities inbound and outbound against a prospect. Furthermore, we can create audit reports for deals against the same lead to review on a regular basis. We can also set the alerts to have the latest update if there is any duplicate.

The one missing ingredient in Pipedrive is a powerful mail campaign module. It relies on third-party software such as MailChimp and more recently via an acquisition, Mailinjet.

Although it is expected that Mailinjet will provide tight integration with Pipedrive, there are multiple ways to slice and dice email campaign data such as open, clicks, and bounces.

When these actions need to be related to individual prospects and specific campaigns, budgets, and investments, it becomes somewhat beyond the capabilities of the internal reporting as well.

On the website front, Pipedrive now comes with a web tracking module that can track visitors and later identified them at the company level. To get more advanced analytics you may need to combine with Google Analytics and UTM codes, then you can identify which page content is working and which ones are not. You can also determine which pages they are signup from, and link that to your commercial data.

Ultimately, Pipedrive has made headways in the last 2 years is completing its sales automation with additional marketing. However, the analytics that goes along with it, does not depend alone on Pipedrive’s capabilities but also on other applications such as campaign management. To track this multi-system data and come up with some valuable ROI and behavior metrics, you can use a BI platform like ClicData.

From the users’ point of view, people want to see the data sliced in all kinds of ways. In addition, they want interaction between dashboards, drill down, drill up, link back to Pipedrive or even other dashboards, other systems, or web pages.

Pipedrive reporting gives you some flexibility but many users have stated that they need more to make use of the metrics within Pipedrive. Moreover, they want the ability to build the perfect views and have those views filtered automatically based on how the user is looking at it, giving them more information or less based on their role or security.

Although Pipedrive reporting can come up short with some of these items, with ClicData you have full power over the interactions, filters, style, and visibility of data and metrics. In fact, you can even set up different data visibility outside of Pipedrive without affecting the security of the platform, giving you, for example, the ability to compare territory sales against the national level on the same dashboard, or handle mirrored and overlapped territories.

“When many deals are in a pipeline, it is often visually overwhelming to pull out the most important deals.” This was a comment from another Pipedrive customer. He continues on to say “The reporting is a little limited. You can generate reports that show all of your leads and lead stages, which was enough for us, but if you’re looking for some more advanced reporting to determine things like retention rates you won’t find it, at least in the plan we had.”

This is somewhat expected. Pipedrive’s strengths are not in analytics and reporting, their goal is to make your sales team work more effectively and focus on improving the operational side, not on doing advanced analytics to determine retention rates or other strategic metrics.

With ClicData this is entirely feasible. Building custom, interactive, styled dashboards using your Pipedrive data as well as other data is what our dashboard designer was built for

If you are counting on your sales team or any other team to diligently login to your CRM system and look at reports, filter them for their departments or territories, export and send them to their mobile so that they can review them over their morning coffee, I think you are setting yourself up for a disappointment. It is not that they are not interested but there are just too many steps to simply access their reports.

Unfortunately sending some exports of tables over email alone is not sufficient and especially if you have to do it manually for the team. It is a waste of your time and theirs.

How about a system, that every morning at 9 AM, sends the dashboards tailored for each sales team member with their own data, or that is accessible from a mobile application simply with the link provided? Nice right?

It is what ClicData can do for you. Schedule reports in any desired frequency, any day of the week, month, or year. Send them to teams of users or individual users. Set up alerts so that when a certain threshold value is reached, an email is automatically sent out with a dashboard link. It is simple to set up and highly configurable.

7. Sharing Outside the Team

Sometimes when you want to publish reports and dashboards to team members, they may not actually be Pipedrive users and you would not buy licenses and configure security to simply give them access to reports. These stakeholders may be avid data readers but they do not need all the functionality that Pipedrive has to offer to consult some dashboards.

Some use cases for this are when you have to publish dashboards to management, partners, or clients.

This is an ideal situation to use ClicData. As with each tier of ClicData, you get a number of users that you can share the dashboards and reports without having to obtain another account with Pipedrive.

Pipedrive is one of the best Customer Management SaaS offerings on the market. And with the addition of some of the Marketing features currently brewing, it will soon be a great CRM for any small and medium-sized company.

With most systems that are focused on what they do best, the core application, reporting, and analytics are always the lesser developer module. Additionally, even if it was fully developed, its main objective is not to be a data warehouse of all your data so it will always miss the important key data.

Companies using ClicData as the Analytics and Reporting extension of Pipedrive, can go beyond traditional data analytics and begin to harness the power of Pipedrive data alongside other external and internal data to produce truly useful and insightful reports and dashboards.

Posted in Dashboards Made Easy, Talk Data To me