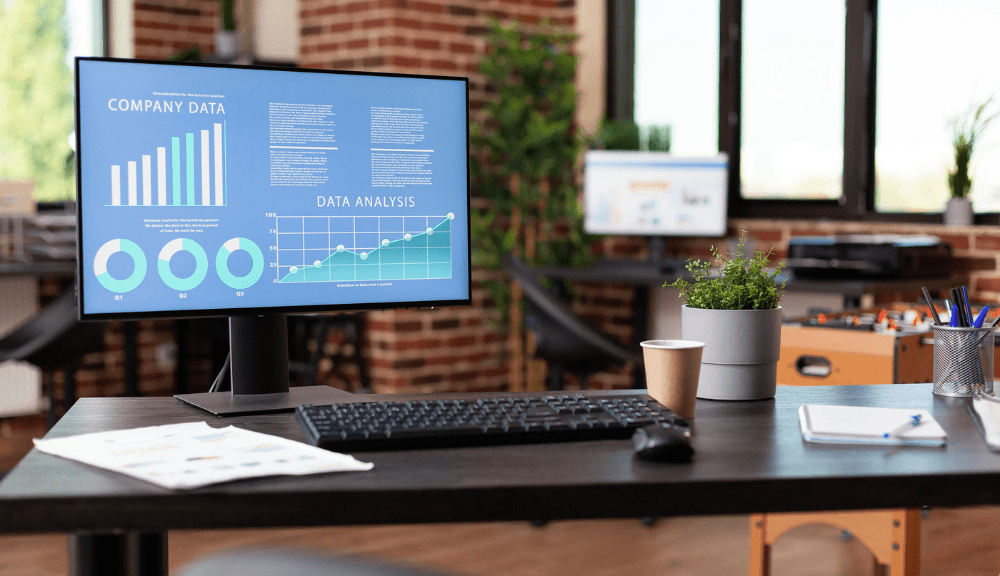 Do you find that your reporting and analysis are too slow? Too “after the fact?” Not proactive enough? Sure, it’s helpful to understand why something terrible happened – but wouldn’t it be better to stop it in its tracks in the first place?

Well, through ad hoc reporting, you could do precisely that. Ad hoc reporting can show you issues as they’re happening – even, sometimes, before they start! To find out more, read on…

Reporting and analysis are a regular aspect of managing a small business. It’s likely that you already use plenty of scheduled (or “static”) reports to check up on your sales, your marketing campaigns, and so on.

However, you could be using your data in a much more agile way. You can get deft with your data and decision-making by adding ad hoc reporting and analysis to your methodology.

Ad hoc reports are typically smaller, more specific, and less labor-intensive than static reports. They also tend to be run and analyzed by individual employees or teams rather than analysts. This gives ad hoc reporting and analysis a set of unique advantages that can boost pretty much every aspect of your business.

If this sounds like it’s adding a lot of extra pressure to your non-data-based teams – don’t worry. If your business has gone through a digital transformation, ad hoc reports will be quick to run and easy to draw insights from. This is especially true if you’re using one of ClicData’s BI packages.

What are ad hoc analysis and reporting?

Ad hoc reporting involves creating business reports at speed when needed rather than waiting for the following scheduled static report.

Ad hoc analysis is the next stage – taking those reports, analyzing them, and drawing actionable insights.

For example, let’s say your business has seen an overnight drop in sales. This is worrying, but you’re not sure why it’s happening.

You could wait for the next static report to show you long-term patterns in your metrics. That will give you a decent amount of insight into the problem. Or you could investigate straight away.

By generating an ad hoc report into, say, marketing, you could determine that your drop in sales corresponds precisely with a rise in online chatter. Further analysis could quickly tell you that this chatter is focused around a particular advert, which has unintentionally upset your audience.

You can then take swift action to remove the offending advert and issue a considered apology to your customers. This will repair your reputation and bottom-line damage before putting too much of a dent in your profits.

Of course, the quality of your ad hoc reporting and analysis depends significantly on the data available to you and the way it is presented. This is where ClicData comes in. Our BI dashboards can form detailed but accessible reports and analyses. They can also display them in ways that instantly give your teams the information they need to make the right decisions quickly.

What are the benefits of ad hoc reporting and analysis?

Ad hoc reporting and analysis have many benefits. Some of the most significant include:

Ad hoc reporting and analysis will make your decision-making process much more dynamic.

It gives you the information you need to make the right decisions in response to real-time problems. Rather than being reactive, ad hoc reporting and analysis enable you to be proactive. This is one reason why you should build ad hoc reporting and analysis at the beginning of any project strategy. Make it a vital part of your business process mapping.

It’s beneficial in sectors needing very swift real-time decisions, healthcare, for example. In early 2020, ad hoc reports into an upsurge in new symptoms were essential to establishing that a brand new disease was spreading worldwide.

When given the ability to conduct ad hoc reports and analyses, employees are empowered to make intelligent decisions on the fly. Rather than waiting for more detailed analyses from data teams or the go-ahead from higher-ups, employees can use the insights they get from ad hoc reports to troubleshoot problems in real-time.

Rather than having to kick things up the chain of command or wait for advanced analysis from data teams, empowered employees can use ad hoc reports to make the right decisions there and then.

As well as making everything much faster and more proactive, this also streamlines the decision-making process.

Don’t underestimate the value of streamlining. It’s vital for processes improvement in general. It saves everyone a lot of time, heightens productivity, increases efficiency, and ensures no critical information gets lost between the intermediaries.

Ad hoc reporting requires data sharing to be genuinely effective. This naturally means a certain amount of collaboration between individuals and teams.

What’s more, when working on getting to the heart of a particular problem, teams may need to combine their ad hoc reports to get a bigger picture. This encourages better communication and collaboration.

Of course, collaboration can only work when everyone is on board simultaneously. To help with this, encourage your employees to build and share personal user manuals so that everyone knows when their colleagues are available, what their skill sets are, and so on.

What are the challenges of ad hoc reporting and analysis?

Nothing is perfect. Ad hoc reporting and analysis do come with a few challenges. Here are some of the most common:

Suppose your reports are so complex that employees have to send them to your data teams for interpretation. In that case, you’re defeating the whole point of ad hoc reporting.

To be effective, ad hoc reporting and analysis need to be doable for employees on every team.

This means that your data team or an outside contractor might have to spend some time training people in the organization to generate and interpret ad hoc reports. It’s worth doing, but it’s still time out of everyone’s busy schedule.

You can speed up this process by investing in the most accessible and intuitive reporting software. A good set of dashboards, like those provided by ClicData, will make life a lot easier for your employees.

It requires data to be widely accessible

Ad hoc reporting requires data from all teams to be centrally and easily accessible. Otherwise, you risk not getting the complete picture when you need it.

As we’ve mentioned above, this is great for communication and collaboration across your organization. However, you might have to work to get your data into the correct format and the right place.

Data security is also something to consider here. You want to ensure that your data is accessible to your teams and secure from bad actors.

A good data management platform (DMP) can help with this. We recommend accepting the challenge of subscribing to and installing a DMP to benefit from higher quality, more accessible data.

Flexible, smart, agile, dynamic – these are the words we all want to describe our decision-making processes.

However, these processes are often slow, inflexible, and dependent on laborious reporting and analysis. Static reporting usually delivers insights too late to make a real-time difference.

There will always be a place for static reporting and analysis. It can deliver intricate, detailed insights that we need to make long-term decisions.

In the short term, however, things can change extremely quickly. In this environment, you want to act as soon as possible – but not to make hasty, ill-informed decisions.

Ad hoc reporting and analysis give you and your employees the information needed to quickly make well-informed decisions and take the right action in real-time. This helps you capitalize quickly on gains and shut down problems before they become serious.

So, suppose you’re frustrated that static reporting is too reactive and want a more proactive analytics experience. In that case, you should sprinkle some ad hoc reports into the mix.

The scope and ease of ad hoc reporting are some of the blessings of the digital age. Now that we have the technology to spot and act on trends, problems, gains, and so on in real-time – why wouldn’t we do it?

ClicData’s BI packages can help you make the most of your data, whether ad hoc or static analysis and reporting. We can provide a dedicated BI manager to help you through your BI strategy and make your decision-making better.

Alister Esam is the CEO and Founder of Process Bliss, a workflow software that is reinventing how businesses execute day to day tasks. He is an expert in strategic planning, business process management, and business process optimization. With more than 15 years of experience in helping businesses run at peak efficiency, Alister has dedicated his career to make work easier, and more motivating for managers and employees alike. Here is his LinkedIn. He has also written for Agility CMS and Airdroid