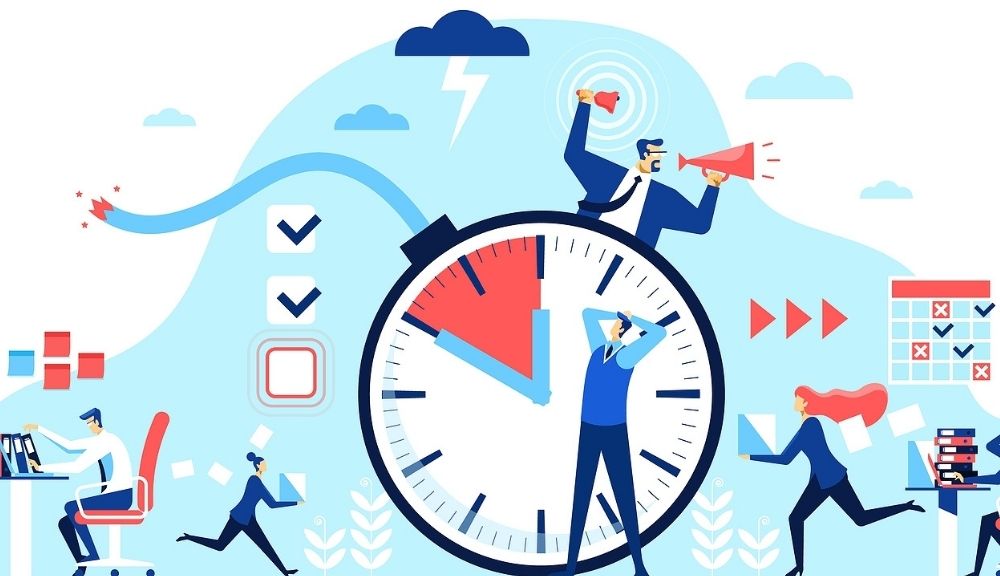 My father was an entrepreneur. He created and led several businesses until one day he expunged the entrepreneurial world from his life and moved the family to Canada in quest of a simpler way of being in the world. I remember him telling me when I was young that “being the boss is the worst job in the world.”

Now, to put things into perspective, my dad was an army captain and led his platoon into areas of the African jungle that nobody should have the right nor the sense to go into. So when he cast his leadership role aside, I took it seriously—at least seriously enough to remember his words today.

Still, when I was eight or nine, as I stood on top of one of the tractors that his company’s manufacturing plant built, I could not understand what was so bad about building stuff, selling it, and having people around that worked towards the same goals as you, all the while being the leader.

Now, as I’ve led ClicData into its next phase of growth year after year, I’ve learned first-hand about the frustrations that my dad went through as well as the ups and downs that entrepreneurs go through in general.

I have yet to sense that being the boss is the “worst job in the world,” and hopefully, I never will. But I do understand why some can become disgruntled or simply resign from being leaders and see the role purely as being about money or power. On the other hand, some, like my dad, turn it all around and choose a simpler and calmer life.

I also expected that, being the boss, you don’t have anyone telling you what to do or keeping you in check. You are free to do and rule as you please, I thought. But, nothing could be further from the truth. There is always a “boss” around—maybe not in the traditional sense of the word, but in the fact that there is always someone there to lead, encourage, demand, criticize, add to your stress, and/or praise you. They are your employees, customers, investors, and partners. They help you shape the company as you go along, and if you do not listen to them, you and your company will eventually fail.

Employees Are My Boss

In today’s job market, many companies exhibit some indifference about how they treat their employees. This has been true ever since public stock companies came into being. The sheer possibility that some event could drive shareholders to demand and sue for downsizing in weeks or months—without justification other than the possibility of them losing five cents per share—became a motive of it own.

So it’s no wonder that the system will balance itself out. Since the late 1990s, many of the new generation of workers display no alliance, loyalty, or sense of responsibility for their role in their company. The median tenure for workers between 25 and 34 years old is 2.8 years compared to employees aged 55 to 64 having a 9.9-year tenure, according to the U.S. Bureau of Labor Statistics. And according to HR companies and experts, they feel that if they linger too long in one company, it could be detrimental to their career overall.

Considering all of that, then, why would you want to make them your “boss”? Exactly for the reason that you hired them— without them, you will have no product or service. And you want to ensure that they are happy, trained, challenged, and motivated to be working on projects with you. They are your number one priority.

You have to do your best to keep them happy in the working environment you’ve created (or are currently building). A diverse and fair working environment is crucial and you should always strive to meet the diversity and inclusion needs of your employees.

Whatever rules you impose, you need to be the first one to follow. Whatever policies you come up with, make sure you use them daily. And whatever structure you put around the company, make sure that you are there to support it. If not, your employees will make you pay. They will not fire you, sure, but they will ensure that your job will not be easy or pleasant.

Customers Are My Boss

Your product or service depends on revenue, and there is no more direct path to increasing revenue than to keep your customer satisfied. Your customers are your bosses, and they will fire you, through your company, the minute that you do not take care of them, or at the very least, listen to them.

It might come down to differences of understanding or simply a glitch or a faulty delivery that triggers a customer’s discontent. But even if you can’t fix it, you need to at least take the time to listen to what they say and accept the criticism just as if you were being reviewed by your manager.

Investors Are My Boss

If you are lucky enough to have bootstrapped your company or managed to maintain the majority of control over ownership, then kudos! You don’t have an extra boss to worry about (unless you borrowed money!) If you have investors, the shape of the company and your management style change dramatically. Accepting an investor is no different than accepting yet another boss to manage you, so you better make sure that the chemistry is there.

Some investors feel they need to be part of the daily operations and micro-manage you every step of the way. They believe they have the experience to entitle them to do so, while in fact they usually don’t, which is why they are investors and not entrepreneurs.

Because they were entrepreneurs and even successful ones in the past, some investors feel that their way of managing their portfolio is the right way. However, others are content to put their money into your company and leave you be, asking only to be kept updated.

Sometimes you have the above profiles in your investment team, and you need to manage their expectations just as you would manage those of your boss.

Time for a New Boss

When I first started to write this blog some months ago, I had no idea that an opportunity for new leadership of this company would soon land in my own lap. It came in the form of a new investment into ClicData, a large investment that also included the potential to have a new CEO lead the company into 2022.

Over several months I found myself very interested in taking the more focused role of CTO, a role that was my passion when I first created ClicData. As such, I was faced with the prospect of having a new boss, a more direct one at that. Over the course of several meetings, I saw myself working with him the same way I work with employees, customers, and investors and felt the comfort of having a partner, someone who will share the responsibility and vision.

So, 2022 will be the start of a new experience, one that will have me lead the company with a boss that complements and improves upon the solid base that my co-founder and I have built and that still serves today.

Like the many other bosses I have, I am sure that he will be one that I will need to manage, trust, discuss with, convince, share, listen to, and learn from. It’s just plain smart to do so. That is what makes me a better leader and what has made ClicData successful.

Regardless of the role you play in your work life—entrepreneur, developer, team manager, working for a small company, or just a number in a multi-national corporation—I’m guessing you have at one time or another felt the calling for leadership. Or perhaps not. Regardless, I hope this blog speaks to you in some way. At the very least, I hope you consider that being “your own boss” is not a real thing.