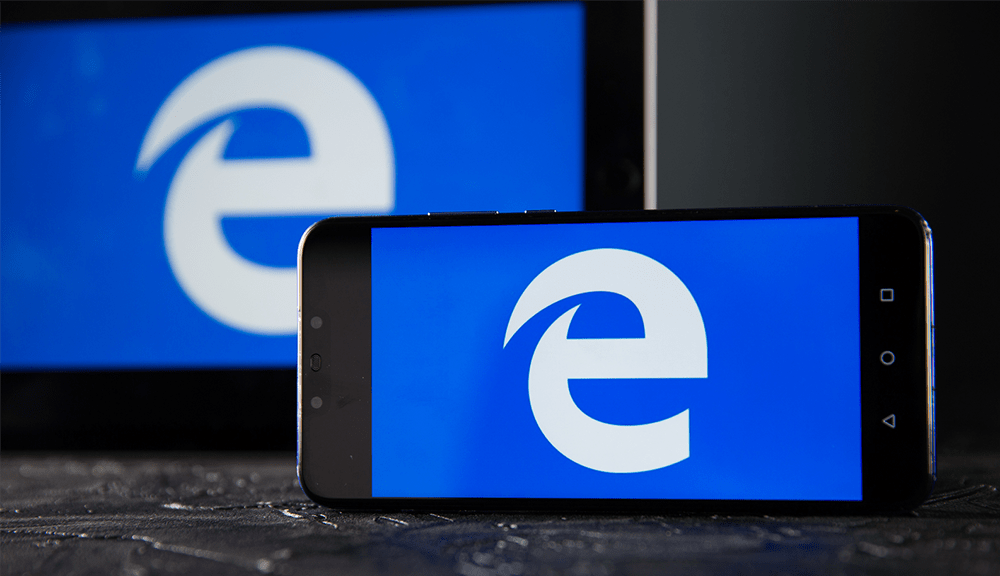 It is the end of an era. Or, more accurately, it’s the end of 11 eras, that is, of the web browser Internet Explorer.

Yes. Kinda. Maybe. Who knows? One hundred years from now, someone might still find the blue icon on some desktop somewhere. Much like the game of Solitaire, Internet Explorer (IE) will most likely still get installed for years to come out of the fear of lawsuits from large, slow corporations that somehow insist on stagnating technical evolution.

In 2014, Microsoft announced that it would no longer actively continue to develop Internet Explorer, and yet, five years later, we are still talking about it. In fact, approximately 5% of the world’s surfing population still uses it.

It begs the question of why Microsoft chose to maintain and support IE despite the fact that it comes with a cost to them, a security risk for its users, and a slower and less-compatible web experience for everyone on it. It is easily within Microsoft’s power to flick a switch somewhere and disable IE and re-launch itself as Microsoft Edge, its next-generation browser. What could possibly be the risk? And why haven’t they?

More importantly, why does Microsoft continue to claim that everyone should stop using Internet Explorer, just as they continue to pre-install it, support it, and maintain it at the same time?

Breaking IE is Hard to Do

With all of Adobe Flash’s faults—including issues of compatibility between applications that result in heavily-bloated software—Adobe at least had the guts to set a date to end it. We are told that in 2020 we will see the end of Flash as an internet plug-in or other media type. Mind you, it was not by choice. It was simply because the #1 mobile device vendor in the world at the time, Apple, decided that Flash was not to be run on their devices.

Change is sometimes enforced. Adobe did attempt to fight back, but others soon joined the crusade for a more compatible and safer web. If true effort were to be made to standardize websites, Flash had to go. And so Google and others joined the no-Flash team.

But it wasn’t Google, Apple, or even Adobe that put the final nail in Flash’s coffin. It was the developers who no longer wanted to develop and risk spending their time on a technology that might be obsolete in the future. You see, developers like to develop in modern languages. New stuff. Leading-edge technology. Anything that presents a risk that their technology stack is old and not supported is a sure sign that it’s time to pick something else.

So why can’t Microsoft do the same with IE?

When IE Was Your Age…

Internet Explorer was launched in 1995. Its browser engine had already been around for a few years under a different name, and, in 1994, it was licensed to Microsoft. Since then, IE has been the focus of lawsuits, a maze of security risks, and a hub of disparity of web standards that we are hopefully just getting out of now. But it has also earned some thanks for the fact that it has brought focus to improving web speed, fostered competition, forced applications to transition to remote servers, and has done more with HTML than has ever been done before.

As larger enterprise software vendors saw the potential to serve their software over a web interface and potentially remotely, they started to develop Internet Explorer-specific applications. With 80% and higher market share, IE was what Chrome is today—the ruler of the web. So why would a developer develop for anything else?

What was initially perceived as innovations were actually features that only worked on IE and not on any other browser. But again, what enterprise would install Firefox or Opera or Safari? Large companies don’t install Open Source, and they didn’t use Macs back then.

The world took a turn in 2009 when Google announced a faster, non-bloated browser. Four years later, Chrome went on to surpass IE and all other browsers in market share.

At roughly the same time that Chrome was taking over the world, the explosion of experts that were building websites also skyrocketed. The promise of a unified technology—HTML 5, CSS 3, and JavaScript without ActiveX, Java, Flash, or Silverlight plugins—was the light—and everyone flocked to it. Schools started to teach programming and Create Your Website For Dummies books were everywhere—despite the fact that there were online training courses.

And so, in just a few years, your dad who used to have issues using his Nokia phone, and your mom, who, until recently, rejected the use of a tablet, were now webmasters, creating advanced and mostly incompatible websites for the family to access and see their new family pictures.

Enterprise software developers who were experts in C/C++ and other client technologies had no issues developing for the very uniform and strict Windows or OSX visual interface—usually a grey background with the standard input controls would suffice. They were now faced with an empty HTML page, a canvas ready to be drawn with a multitude of creative possibilities. And creative they were…

From HTML animation to browser-specific and sometimes unsecure commands, everything was fair game. And why not? HTML standards weren’t based on any specific guidelines or vendors. IE was ruler; Chrome was coming up but it had many Chrome-only vendor directives.

An “expert” was anyone who could prove that their website worked on the browser they used to develop. Think about all those times you called the IT department with an issue, and nine out of ten times, they stated, “It works for me. Must be your computer.”

But developers are well known for their software’s lack of usability and visual creativity. For a developer, a command line suffices, and little else is needed. So their lack of creativity  was exposed by their use of the coolest, mostly non-standard, animations and scripting, as they hoped to impress others with their use of JavaScript, Jscript, and VBScript—sometimes all at once.

Digital designers, already embracing Adobe as the creator of all things graphical, jumped on the Adobe bandwagon to be part of the web movement. From Flash games to advertising, from data entry forms to full applications, Adobe Flash still lingers in the depths of our web. Developers, amateur enthusiasts, designers, enterprise software vendors—they all wanted a piece of the web action. This created a basis for the IE virus to settle into millions of web pages, being compatible only with IE standards, plugins, and badly written code.

The Future of IE is Chromium

To Microsoft’s credit, they did try to discourage the use of IE by launching Microsoft Edge as a better, more standard (or rather, less non-standard) web browser. Although there was no real resistance to it, issues arose mostly due to confusion. “Why would Windows come with two browsers?” people wondered. “One installed; the other, not?” “What are they trying to do? What does it all mean?” As management guru Simon Sinek states, “Start with the why.” And if you don’t have the answer to “why,” then maybe it’s not the right solution for you.

Despite the fact that it was one of the fastest browsers around, and it was just as standard as many others, the confusion around Edge deterred many. Most usage statistics show that Edge was never able to surpass IE. It had nothing to do with compatibility, either—many companies had moved on to Chrome, and so Microsoft lost its chance to bring a new browser to the market.

Sure enough, Edge lingered. And now, a resurrection. Microsoft offers a new Microsoft Edge by replacing the engine behind it with the Chromium engine.

Chromium is an open source (and free) software project from Google that powers the Google Chrome browser, providing additional features. Chromium itself is responsible for the rendering portion of the web page and its style and scripting, and all of the other features are built on top of that base. Microsoft has now replaced all the work done to date on Microsoft Edge with that code—in essence, creating a slightly different Chrome. However, it is highly compatible. Opera, Vivaldi, Brave, Samsung Internet, and Amazon Silk are all browsers using the Chromium engine.

Microsoft’s complete inability to remove IE from all Windows platforms, and its failure to disable use of it when the internet community was pushing for HTML 5 is the sole reason Microsoft no longer has a unique and distinct browser.

Internet Explorer could have been the Chromium engine.

Looking at the whole picture, can we say we are better off? Are we all converging toward a single way of viewing the web—one that is unrestricted and accessible to all? I hope so. Either way, it didn’t have to happen this way—with one relic and legacy piece of software causing years of delays, confusion, and bad technology.

For all its faults, IE gave us the web we needed at a time we needed it. Let it die (Or should I say, “dIE”?) once and for all with the dignity it deserves instead of allowing it to flounder as the joke of the web, being labeled as the worst piece of software ever developed.

Which can’t be further from the truth.

Posted in Talk Data To me